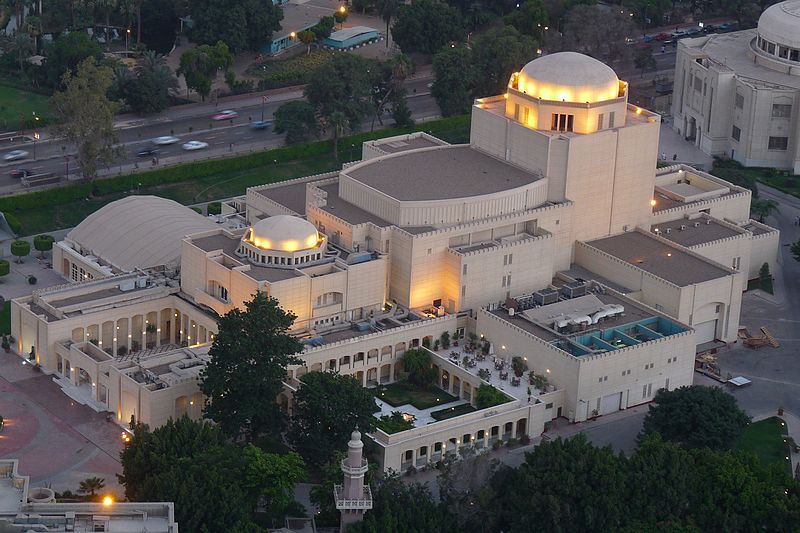 Muhammed Ali Pasha was the de facto ruler over Egypt and Sudan in the commendably long period 1805 – 1848. He is considered the modern Egypt’s founding father.

That’s all quite interesting historical reading, but we will fast forward to his grandchild, the Khedive Ismael Pasha, a charming person and the supreme spendthrift – two characteristics that often go hand in hand. He governed the country in the 1860s, the decade that saw the opening of the Suez Canal. A colossal enterprise whose effect on the world economy of the time can hardly be overestimated.

Such an event should not go unnoticed and certainly not under Ismael Pasha’s watch. It had to be celebrated in style and it certainly did.

The guest list was considerable – and the guests European. From counts to princesses, all the powerful of Europe received an invitation. As a curiosum, the playwright and poet, the Norwegian Henrik Ibsen was on that list as well.

And no expense spared when you have a party. To the event Ismael Pasha had himself an opera house build, as you do. The Khedive Opera House was more or less a copy of Milan’s “La Scala” – just in a smaller scale – but there was space enough for 850 guests. That covered the guest list.

The opera house should be placed in the middle of a French inspired garden. Obviously. So Egypt called on the day’s most coveted French landscape gardener, Barillet Deschamps, who consequently created the Azbakiya park in Cairo. (have a look in our “The Cairo gallery”).
The interior of the building was not to be left it in the shadows. It was decorated in costly material by the finest Italian sculptors. 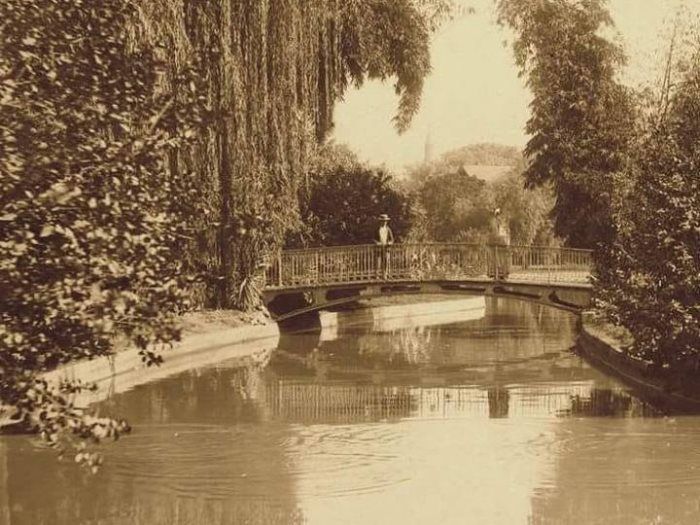 An Opera House Needs an Opera

Our dear Ismael didn’t do anything halfheartedly. When you have an Opera house you should just as well have an opera and possibly the project that broke the camel’s back. The country went into administration and shortly afterwards simply taken over by the British.

However, out of all this misery the world became enriched with the most astonishingly beautiful and granted, opulent, opera of them all, Aida, whose music was written by the epoch’s most feted composer: Giuseppe Verdi.

And that’s where you find the explanation as to why Cairo has an opera house in ambitious format. Egypt is the main “shareholder” of the Aida opera.

And this is my claim: If you want to see Aida you necessarily need to see in Egypt itself. Not only because of nostalgia, but because of the story itself.

I wonder if you have ever read anything more delightful than the following:

The French Egyptologist, Auguste Mariette, was a good friend of Ismael and it was his suggestion that the opera should be about Egypt during the Pharaohs reign. So far, a pretty straightforward idea.

But he in fact chose the story from newly translated papyrus manuscripts that had recently been excavated.

But not only that, the actors’ costumes should be exact copies as how you found them on the walls of the various tombs. The clothes of the soldiers, for example, were gathered from the then newly discovered grave of Ramses III. Those costumes were all created in the finest textile and sown in Paris. Of course. And the jewelry of the actors? The same, exact copies from archaeologic finds.

Verdi himself leans on Mariette and his knowledge. He noticed that are quite a few holy temple dances on some of the Pharaonic walls, which could be put to good use in the opera.

Verdi, being the composer, is especially interested in the trumpets you see on many a Pharaoh’s wall. As it happened there was one in the Louvre museum which was consequently copied by a Milan manufacturer. Soon six trumpets are delivered to Verdi, but according to eye- and ear-witnesses of the time they sounded godawful. You can’t win every time. 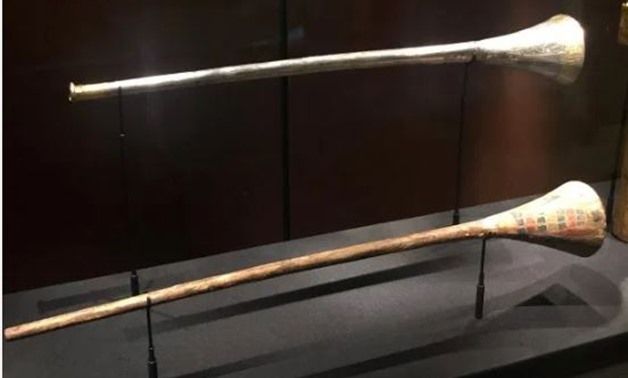 And the synopsis of the opera itself?

Love, jealousy and betrayal of course. But as hinted, the story is in fact inspired by real events that happened thousands of years ago.

Radamès is the captain of Pharaohs guard. He is in love with Aida, a Nubian princess held as slave by Amneris, Pharaoh’s daughter. Amneris, on the other hand, is in love with Radamès. That’s how it is every time.

Everything was ready for the premiere, but then the French-Prussian war starts. Paris is surrounded and all the costumes for the opera held prisoners to political events.

But finally, finally, the big day arrived. The premiere happened 24th December 1971. It was an instant success. And the Khedive Opera house received immediate legendary status.

Tragedy hit Cairo 28th October 1971 in the morning. The Opera house was built partly in limestone, mostly in wood. And that morning the building met its worst enemy. In no time the house was left in ashes and nothing could be saved. A national tragedy.

The pain and agony is still in the memory of man. We are at the finishing touches with an interview with one of the city’s opera singers, Raouf Zaidan, who while studying was a frequent guest at the old opera house.

Subscribe to our Monthly newsletter here and receive the interview in the next letter.

In the newsletter you can also read about the new Opera house, a Phoenix from the ashes build by Japanese yen. The Japanese ambassador of Egypt was an avid fan of the country’s leading conductor, Youssef al-Sisi (1935-2000). And there was one thing al-Sisi wanted more than anything else…

The new Opera complex was inaugurated 10th October 1988 by president Hosni Mubarak and prince Tomohito af Mikasa, the Japanese emperor’s brother. The city had yet again an opera house.

The tour goes to Aida

These words are written in Cairo. I felt it would have been inappropriate otherwise. But there has not only been written, there has also been acted. Because next year, 24th December 2021, is actually the 150th anniversary of Aida.

Parnassos.dk is therefore about to arrange a “the tour goes to Aida” Christmas 2021.

The author to these words has a close and dear family member who has lived almost three decades in Egypt’s capital.
A considerable network has been developed over those many years, among them one of the leading Egyptologists who can open all those doors during an 8-day trip that will make this journey unique. Nothing less. And the apotheosis of the tour will be the opera itself naturally, shown in its natural habitat.

If this has your interest, then please write to overtoner@parnassos.dk so you can get on our “Aida-list”.