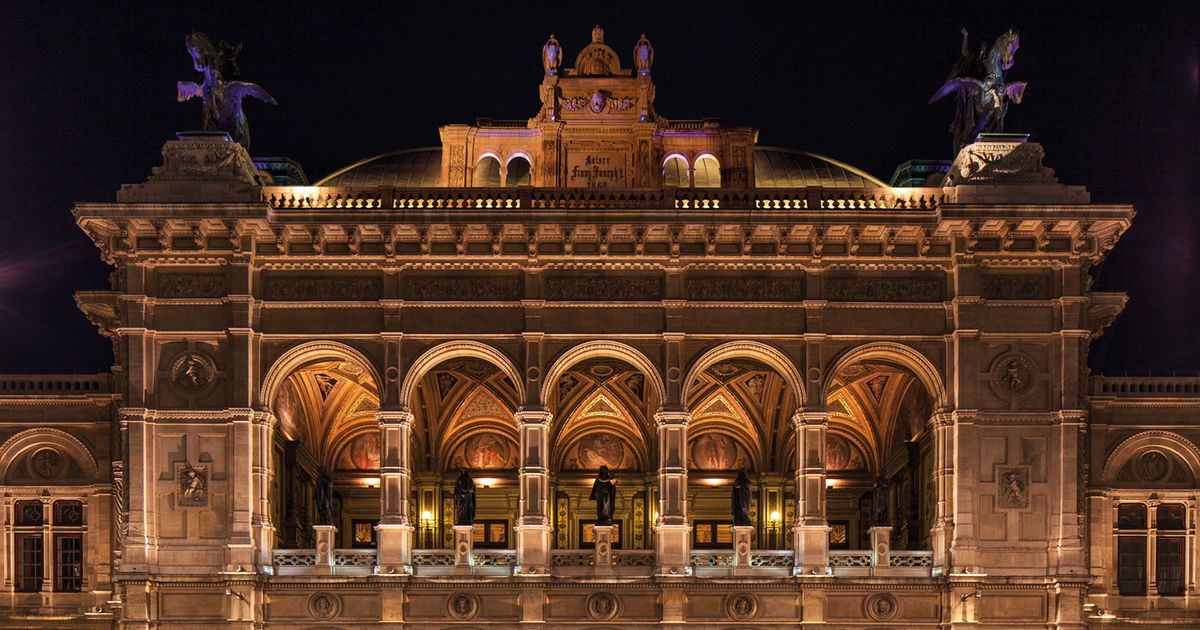 The Vienna State Opera is one of the most prolific operas houses in the world, with an annual production run of more than 50 different operas and 350 performances. This unrivalled cultural institution retains a staff of more than 1,000, to ensure the smooth running of everything backstage, onstage and front of house. With an annual budget of more than €100 million, ticket sales cover only around 50% of this, the rest being covered by state subsidies. Feel free to enjoy that thought when you sit down in your seat: half of your night will be covered by the Austrian state.

The theatre opened on 25th May 1869, in the presence of the Austrian Emperor Franz Josef I and his wife Empress Elisabeth (“Sisi”), the Lady Diana of her day; with a performance of Don Giovanni, composed by the Vienna’s most famous citizen, Wolfgang Amadeus Mozart.

One of the Opera House’s best-known conductors was the composer Gustav Mahler, who presided here from 1897 for close to 10 years (during which time he drove the musicians to near-insanity with endless rehearsals).

The building was badly damaged during World War II, and for ten years the State Opera was temporarily relocated; but, following a major rebuild, the Opera House reopened on 5th November 1955. The opening night was broadcast live by the Austrian national TV channel, ORF, a first in Austria, at a time where there were only 800 television sets in the country. The front of the building, which was protected, and survived the bombing, was restored in its original style. Another conductor of note was Herbert von Karajan, artistic director from 1957 – 1964; his specialty being the works of Gustav Mahler. Von Karajan introduced the concept of performing an opera always in its original language. He developed close ties with Milan’s La Scala, enabling these two unsurpassed opera houses to share the costs associated with productions.

Just prior to the evening’s performance (details of which will be announced early May), Danish opera expert, Lotte Heise, presenter of Danish Radio’s opera program Bravo for close to a decade, will tell us all about the night’s production: what to note; what to enjoy; etc. Her enthusiasm, we guarantee, will be contagious.

Naturally, we are eager to learn what opera will be on the posters for the night. If you plan to attend our Vienna weekend, feel free to send us your guess at overtoner@parnassos.dk before the announcement. Guests who predict correctly will be rewarded with a complimentary glass of bubbly at the Opera House.

13000 dkk/part of the Vienna tour package