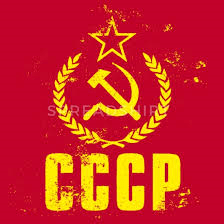 Art belongs to the people. With its deepest roots it should penetrate into the very thick of the toiling masses. It should be understood by the masses and loved by them. It must unite the feelings, thoughts and the will of the masses and raise them – Vladimir Ilitch Lenin. 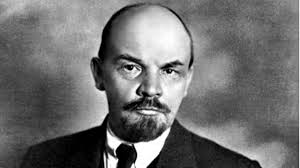 All areas of art within the Soviet Union (1917-1991) were controlled by the regime and directed by its ideology, classical music included.

The country’s artists were asked to contribute to the communist paradise by describing it in the most lyrical tones. It was no longer a fight between good and bad in society, but – at least as defined during Stalin’s rule – a fight between the good and the better. And here we have a dissonance: if we accept as a premise that the difference between decoration and art is that the latter introduces an imbalance; a scratch in the idyll, how then could a Soviet composer, not to mention a painter, author, and so on, create art? 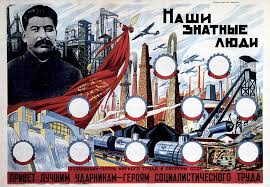 This gave rise to… conflict. You would, among the Soviet composers, find the conformists who accommodated the regime’s wishes, and the formalists who were inspired by the 20th century decadent West, creating intellectual music difficult to understand for the working class.
In tonight’s programme we will meet both:

Firstly, the conformist Tikhon Khrennikov, who was an excellent teacher as well as a brilliant composer: the leader of the Soviet Composers´ Union for decades. The members, however, disliked him enormously, as they had to suffer many a humiliation from him at public meetings and in Pravda and other newspaper articles.

On the other hand, few Russian composers suffered – too much – distress, even during Stalin, so perhaps, behind the scenes, Khrennikov, being a savvy politician, might have ensured the survival of  his union members. Crook or hero? We may never find out. 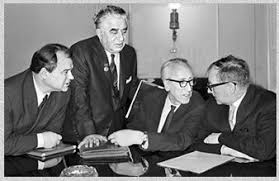 Tikhon Khrennikov to the left followed by the composer Aram Khachaturian. Then follows, for us, an unknown gentleman. To the right the composer Dmitrij Sjostakovitj.

The composer Sergei Prokofiev always found himself dangerously close to the formalists’ camp. So, occasionally he deemed it wise to write conformists pieces. We shall hear one of those. “The Toast”. A musical piece that is almost otherworldly beautiful. However, there is an aber dabei, it was written as a hymn to Stalin on his 60th birthday. 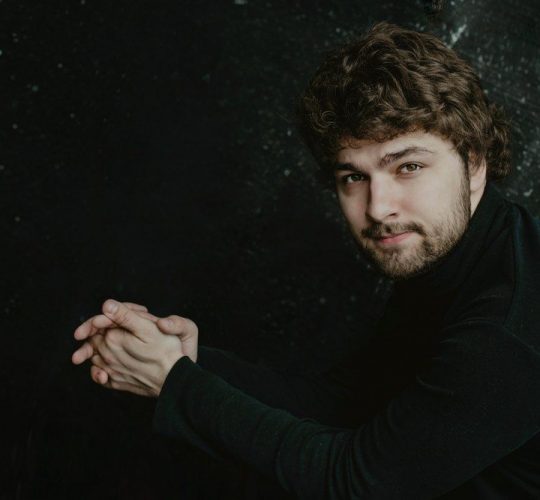 ”In a recital of unshowy expressiveness, the young Russian revealed why he has taken prizes in both the Chopin and Tchaikovsky piano competitions.”

Lukas Geniušas has performed in the most prestigious concert halls in the world, including Wigmore Hall in London, Concertgebouw in Amsterdam, Salle Gaveau and Auditorium du Louvre in Paris, Sala Verdi in Milano and the Great Hall in Moscow Conservatory. We are now very privileged and honoured to host him at Politiken’s hall, Pressen.

A little nugget: Geniusas’ piano teacher was his grandmother, professor Vera Gornostayeva, herself educated by no less than Henrich Neuhaus, possibly the greatest pedagogue of the piano the world has ever seen.